We investigate quantum effects in solid state devices. The physical systems we are primarily interested in consist of nanostrucutured superconductors with Josephson junctions. With proper design and experimental control, these systems behave as artificial atoms. We are interested in using superconducting quantum devices as quantum bits (or qubits), which are the basic units of quantum information processors. In addition, we use the strong interaction between superconducting devices and electromagnetic fields to explore new phenomena in quantum optics and quantum measurement with applications to amplification and sensing.

We work on the investigation of quantum annealing, a framework for computation that relies on the preparation of ground or low energy states of complex Hamiltonians. This framework has a wide variety of potential applications, ranging from optimization problems to machine learning. We work on various topics including the investigation of adaptive annealing, the implementation of many – body interactions, parity measurements for error correction, state readout, and various practical implemenation issues.

We designed a physical system formed of an artificial atom based on superconductivity which couples strongly to a one dimensional electromagnetic field, in a regime where the atomic emission rate is proportional to the atomic frequency.

A two-level system driven periodically and on resonance is known to exhibit Rabi oscillations between its energy eigenstates. When the driving strength becomes comparable to its transition frequency, a different picture – Floquet theory, is needed to understand the driven dynamics. 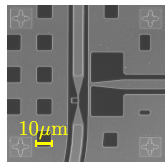 We investigate the coherence properties of superconducting flux qubits. The long term goal is to develop the elements of a scalable platform for superconducting devices. 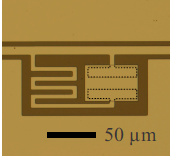 Superconducting resonators are popular circuit elements in devices for quantum computing applications. They also serve as a tool to study the properties of two-level systems in dielectric materials, by measuring their response as a function of microwave drive and temperature.

We investigate possible applications of 2 dimensional materials (such as graphene, MoS2) in superconducting quantum devices. Josephson junctions based on graphene have the advantage that their critical current can be modulated, providing a know for qubit tunability. 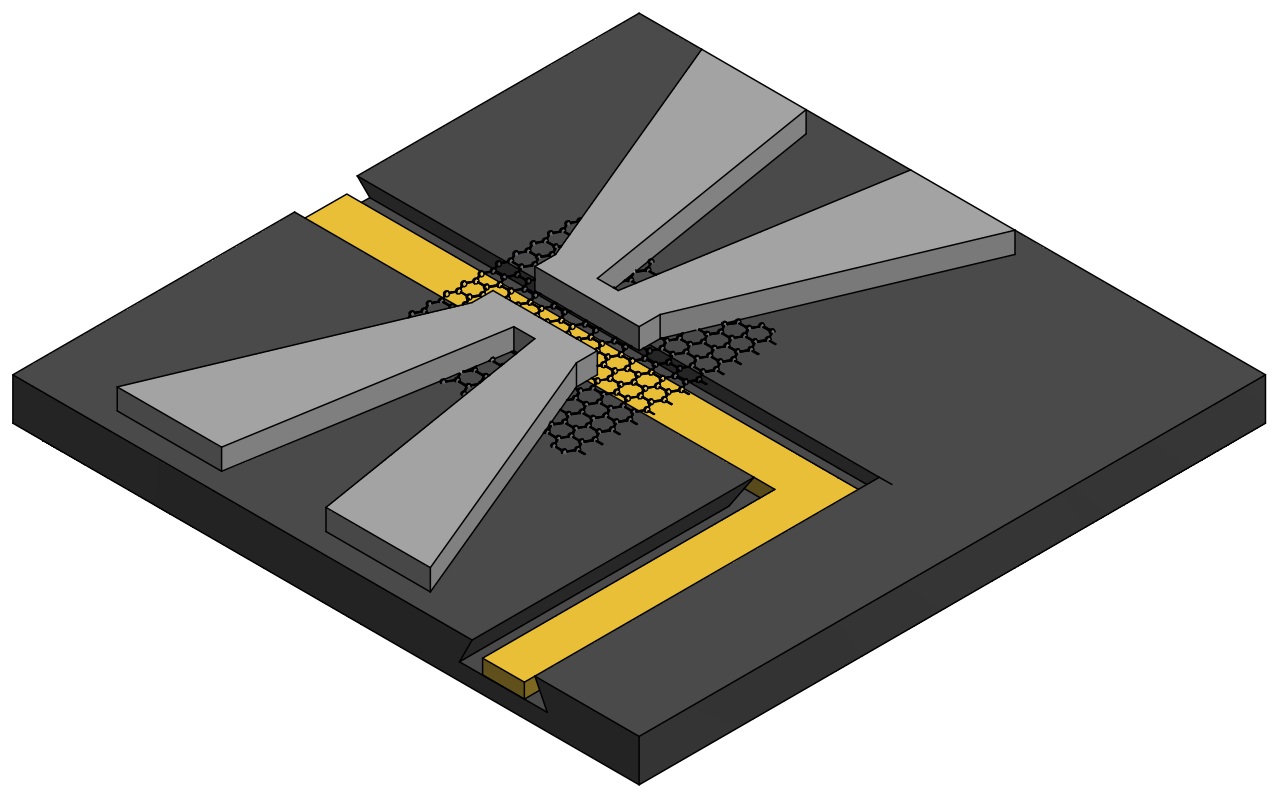 Superconducting devices provide an ideal tool to investigate light-matter interaction, with the relevant frequencies being in the microwave range. Due to strong light matter coupling, efficient non-linear interactions between photons can be generated. We use these interactions to implement measurements at the single photon level. 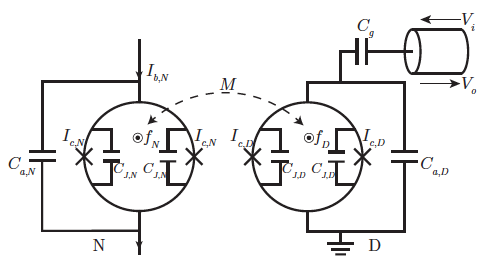 Quantum sensors based on superconducting devices 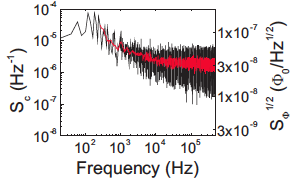 We developed a sensitive magnetic field detector based on a flux quantum bit. The strength of the flux qubit as a magnetometer resides in its large effective magnetic moment, about five orders of magnitude larger than for electron spins in atoms.

We are the Superconducting Quantum Device group. Our work focuses on research on quantum information and fundamental aspects of quantum mechanics with superconducting "artificial atoms".