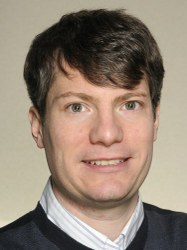 Dr. Francois Sfigakis
Francois obtained his PhD at Cambridge University with a thesis entitled “Electron transport in etched GaAs/AlGaAs quantum wires”. Prior to that he obtained an MSc from the University of British Columbia and Bachelor’s from McGill University.

Kaveh Gharavi
Kay obtained his BSc in Physics form Sharif University of Technology, Tehran, Iran. He joined IQC in Fall 2011 and his research focuses on studying the physics of superconductor-semiconductor nanoelectronic devices.

Sean Walker
Sean received his BSc from the University of Manitoba in Chemistry and Computer Science in 2009. After working in the field of educational technology, Sean joined IQC as a Masters student in 2013. He currently works on scanning tunneling electron microscopy applied to the study of electronic states in 2D materials such as 1T-TaS2.